Made to Order bespoke just for you.

How I make a Penguin Christmas decoration – welcoming the new waddle

How I make a Penguin Christmas decoration – welcoming the new waddle

Every year I like to add a new design to my Christmas coastal decorations collection at Jane James Ceramics. Last year I was inspired by the visitors I have in my garden, so it was all about the Robins and the Squirrels. Earlier this year we hosted artist Nick Romeril’s ‘Millions and Millions’ of Penguins exhibition and that inspired me to make penguin Christmas decoration. I love their character and waddling stance. So I decided not to make just one size of penguin I wanted to make a penguin family, after all Christmas is all about getting the family together. I also wanted to make penguins that could free stand and ones that could hang on a Christmas tree as a penguin Christmas decoration. 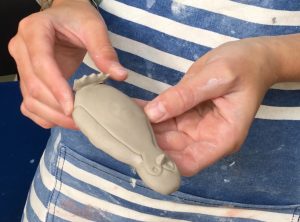 In Jersey there is a big lack of penguins! So I started by looking at photos of penguins to get some inspiration. After I had worked out what sort of penguin I wanted to make I started to sculpt a few prototypes in clay by hand.

I always endeavour to make my creatures with character to make you smile. So it took a while to get the right balance between cartoon and realistic. This took several weeks of making different sizes and shapes. I fired them in the kiln to see what the finished results looked like. I narrowed it down and once I was happy, I started to make moulds of the ones that I liked the most.

Some shapes are easier to mould than others. If there is too much detail or undercuts in the shapes then it is very hard to get the clay out of the mould once the slip has dried. So it takes a little while to perfect the moulds so that the finished penguins look good and are easy to release. 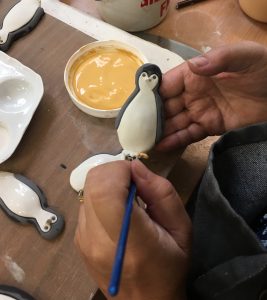 Once I was happy with the moulds I made about dozen penguins to practice painting them. I used different glazes and colours. This was much simpler because there isn’t much colour to penguins. Once they had been glazed in there striking black, white and yellow glazes I could start to see my hanging penguin family come together.

I then set about making my standing penguin, who I wanted to be a cheeky little tubby penguin. He was the most fun to make. I made him using two moulds, one for the front and one for the back. These are  connected by hand by wetting the edges and smooth the sides. I wanted my standing penguins perched on something to give him more height. Initially I tried making him his own ice cube to stand on top, a bit like the old foxes glacier mints advert. After making some prototypes I wasn’t happy so I tried a more natural shape. I think he looks so much more at home standing on his own little snow capped mountain or snow capped iceberg.

Before & After Kiln Firing 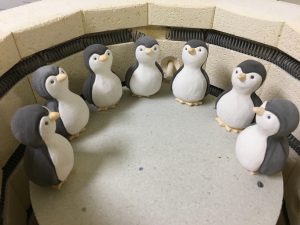 So once I had finished the design stage I moved into production making plenty for Christmas. You can watch them being made from start to finish in short video on my YouTube channel.

You can buy these online at www.jane-james.com and they will also soon be in my Jersey gifts shops. I am hoping you will make your family of penguins up to spend Christmas in your home. 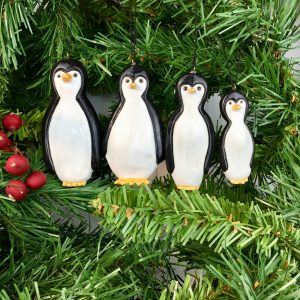 Did you know a group of penguins on land is called a “waddle”. So here is my waddle of penguins, what do you think?

Leave a reply Click here to cancel the reply 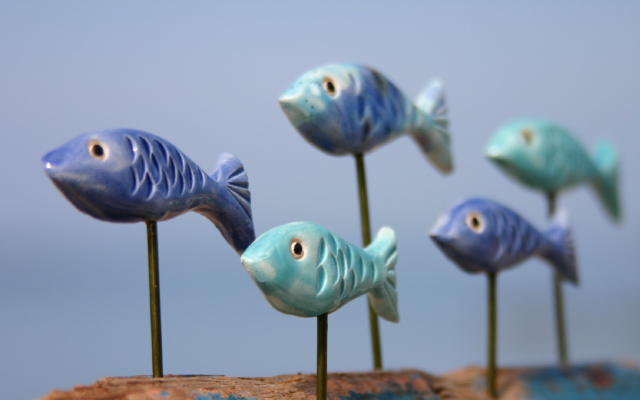 Stay up to date
Subscribe to my newsletter to stay informed on news, offers and my latest work.
Sign up
close
We use cookies to ensure that we give you the best experience on our website. If you continue to use this site we will assume that you are happy with it.OkPrivacy policy